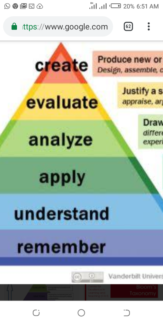 Are you wondering how the Kenya National Examinations Council, Knec, finally arrives at the grades it awards the over 700,000 KCSE candidates annually? Shelve your worry and let our dedicated media team explore the labyrinth dubbed the Knec KCSE grading system

In this article we shall explore the following:

The Kenya National Examination Council ,KNEC, uses a standardized grading system to award marks and evaluate the overall academic performance of students who sit for the KCSE exams annually.

The overall grade attained by the candidate in question eventually dictates the level of tertiary institution he or she can join.

Here is a detailed breakdown of the current KCSE grading system.

Significance of the Knec grading system for KCSE candidates

C+ is the ‘pass’ grade that determines the cut-off points for students joining universities on full government sponsorship.

Given the nature of most Kenyan households, students struggle to attain grade C+ to save their parents from incurring tertiary education tuition fees.

Besides, the majority of employers consider grades C to E  insignificant owing to the rising literacy levels and stiff competition for limited white job opportunities. Most candidates who score the aforementioned grades however get placed by the Kenya Universities and Colleges Central Placement Service, KUCCPS, in technical and vocational institutions.

A is the best grade a student can strive to get. It takes a mixture of grades A- to B- for a student to enroll in a good university.

The KCSE grading system measures all the mastery of the 6 levels of Bloom’s taxonomy. See the image below

It also measures the competence levels achieved by learners at the end of the four-year course.

The paradigm shift in the KNEC Grading System

Until recently, KNEC used the grading system as a comparative tool of weighing students abilities.

However, the Council turned a new leaf. This has greatly changed the general perception of exams and the entire learning process.

Students can henceforth use the system to determine their next learning steps. For example, students who score B+ in Biology, Mathematics, and English can choose to learn medicine at the university.

Sitting or registering for KNEC KCSE exams does not guarantee a grade, A student can  sit for the national examinations but KNEC may not award the student a mean grade for any of the following reasons: This can happen if a student does not meet the mibimin requirements for being awarded a certificate or if Knec detects cheating in exams.

In the above instances, a candidate will be awarded as follows:

X – it indicates a candidate was not present throughout the exams

Z – it indicates a candidate has not met the registration requirements

How the KNEC grading system works

KNEC grades candidates who sit for 7 or more KCSE subjects during the national examinations.

The examinations’ council puts all subjects into five categories. These groups include:

Group I – These are compulsory subjects all students must sit for during exams. They include English (101), Kiswahili (102), and Mathematics (121).

Group II – The group consists of four science subjects. However, a student must sit for at least two subjects during the exams. They include Biology (231), Physics (232), Chemistry (233), and General Science (237).

A student can choose the seventh subject from Group II or Groups III, IV or V. To get a mean grade based on the KCSE grading system , KNEC averages a student’s score in all the seven (7) subjects.

The table below shows grades and marks and their corresponding points based on the current KCSE grading system.

Here is the most recent KCSE Grading System adopted for the 2018 KCSE exams:

During the marking of KCSE examinations, KNEC does not give candidates a percentage mark to get a particular grade.

Instead, they publish KCSE grades and points to indicate the general performance of students.

The examinations body sets grades by combining expert judgment and statistics to come on an agreeable grade boundary.

Exam papers are not the same. They vary in difficulty. As such, the experts set grade boundaries to reflect the current performance of all students. The purpose is to ensure candidates do not get lower grades just because they sat for more difficult papers than previous years’. After agreeing on grade boundaries, KNEC applies them to students’ marks to give them a grade.

KCSE examiners are teachers experienced in respective subjects. The examinations body selects them carefully and trains them before they can mark the exams. It is essential that they use the same standards when marking the exams so that KNEC can award students the right grades.

Before schools can receive the results, senior examiners conduct final checks on all the marking. The purpose is to ensure no errors and that the standards were met during the marking of the exams.

The Kenya National Examinations Council does not use percentages in the grading system. They replace them with letter grades to create a mean grade. Kenyan universities do not use percentages from KCSE results when enrolling students too. Instead, they use the mean grade to determine a student’s rank in the concluded exams. This strategy means that the KCSE grading system gives a better measure of a student’s performance than the traditional marking system.

TSC teachers’ allowances 2021: List of TSC allowances for teachers to be scrapped, retained, merged, renamed, capped or reduced by SRC in 2021

TSC List of Promoted Teachers in 2021: Commission releases promotion letters to teachers, check out the list of teachers promoted by TSC to higher grades/cadres in 2021