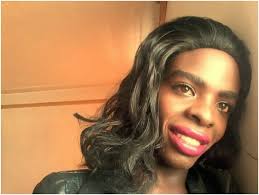 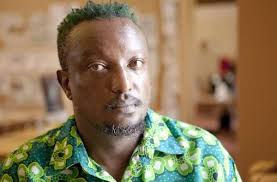 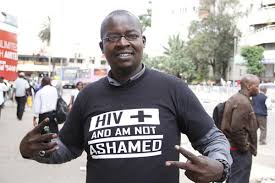 Today we celebrate these pure spirits bearing in mind that HIV/ AIDS is not a death sentence. May their inspiring stories serve as a reminder to our young generation especially during this coronavirus era that their lives depend on the decisions they make.

Richard Amouk is a renowned Kenyan rapper who is never shy when it comes to facing reality. He tested for HIV in December 2010 and the results were positive. His tormenting journey can be dated back to a bar experience sometime in 2010. Having made it to the Kenyan music industry as a top rap and hip-hop artist, Amouk felt like he was in charge of everything.

He allowed his fame and success get into his head and for sure a single night bought him a direct ticket to another world altogether, the world of ARVs and a balanced diet.

Before the year 2012 he was a merry-making party boy doing rounds in night clubs and having a good time. However, Amouk’s life changed a great deal after he confirmed his HIV positive status in 2012 after living in denial for two years-since 2010.

“Although my body exhibited the signs and symptoms, I just continued playing dumb. I had a stubborn rash all over my body that I could not seem to get rid of; I had oral thrush and endless Malaria bouts. By the time I decided to go and confirm it in 2012, I had become a shell of my former self,” confessed Amouk in an interview with the Daily Nation.

To read Richard Amouk’s full story about his HIV status, click on the following link She was beautiful, Agreeable, Charming, loving, Shapely, Not a nag. But she had HIV…

His death was premeditated having openly confessed about his HIV positive status and gay nature.

The LGBTQ activist and celebrated author and publisher led a flamboyant life that made him stand out from the rest.

He publicly confessed his HIV positive status and after health scares that saw him admitted in various hospitals, the literary guru finally succumbed to the virus a year ago at the Aga Khan Hospital in Nairobi at the age of 48.

The gay Gospel artist took his fans by surprise when he openly confesses of being HIV positive. He became gay when he joined St Paul’s Miluki High School after he was entangled in a romantic relationship with a catholic priest.

He was later approached by two journalists from a local newspaper and forced to confess about the romantic relationship with the priest.

In March 2011, Joji Baro tested positive for the HIV virus and his family abandoned him after he went public.

She made it into the limelight after she took to Facebook and confessed of her HIV positive status on her 26th birthday.

In an interview with Eve Digital, Doreen confessed knowing her status at the age of thirteen but her parents knew about it when she was only eight.

“Today I turn 26…I don’t celebrate birthdays I celebrate life, the life of living with HIV since 1992 to 2018. 26 years ago I was born to an HIV discordant couple, my mum is positive my dad is negative. I am their third born and my three other siblings are very much negative. My parents found out I was positive when I was 8, my doctors said if I reach 13 then I will be able to grow up as a normal child…” wrote Doreen on her Facebook account.

In an interview with the Edaily in January 2017, Doreen admitted to having an affair with an HIV negative boyfriend with whom she used protection during intercourse.

She also opened up about painful experiences of suitors ghosting on her after the “grand” discovery-her HIV positive status.

At a tender age of 16, Frigacy, a form two student then would not make do without a puff of heroine.

His youthful veins could bulge and swell whenever he could take a single puff of heroine.

In an interview with The Nairobian, Frigacy confessed about living a reckless life especially after completing high school in 2010.

Being an only child, Frigacy had a lot of money at his disposal. Besides, his mother was abroad so he had all the freedom to drink and party.

In November 2012, he decided to go for a medical check-up. The results were revealed, HIV positive. Though Frigacy at 22 years accepted his condition, he suspects he could have contracted the virus when he was hooked to drugs.

“I remember I would share syringes with some of the drug addicts. When one was broke and needed a quick fix, we simply drew blood from the high one and donated to the one in need,” said Frigacy on one of the interviews.

Unfortunately, Frigacy passed on in March 2014 under unclear circumstances.

TVET Jobs in Kenya: TVET Colleges to hire 1, 000 Trainers by Next Week, Here is the Procedure on How to Apply for TVET Trainers’ Jobs in Kenya

A SIMPLIFIED LIST OF 2022 ENGLISH AND KISWAHILI SET-BOOKS FORM ONE TO FOUR.

2022 CBC Emerging Trends: Grade 6 Learners To Be Placed In Day Junior Secondary Near Their…